Smoking or vaping accelerates the aging process of the brain and can worsen the ability to make decisions and solve problems, according to a study published in the journal Molecular Psychiatry.

Researchers from the University of Edinburgh in the United Kingdom evaluated MRI data from 504 men and women with an average age of 73 years, half of whom were current or past smokers. It was noticed, according to these evaluations, that the cerebral cortex of smokers lost part of its thickness at a faster pace than that of individuals who did not smoke throughout their lifetimes.

This damaged area is the part of the brain that controls basic mental activities including memory, attention, language, and awareness. When we think of smoking, the first thing that comes to mind is the damage to the lungs or throat but we don’t pay much attention to the fact that vaping also damages our brains.

Let’s quickly dig into the ways smoking and vaping affects our brain.

The brain contains substances that play a role in the transmission of signals. These transfer agents are also called neurotransmitters. Because transfer substances can bind to the receptors (receivers) of other nerves, signals can be transferred in the brain. Various functions alter depending on which area of the brain this occurs in. Nicotine mimics the action of acetylcholine and activates a number of other neurotransmitters.

Where To Buy Titan Fitness Equipment?

Where Can I Buy Gucci Sunglasses?

Nicotine imitates and activates various substances in the brain; one of them is acetylcholine. It causes the dopamine neuron to release its dopamine. This stimulates the reward center and makes you feel good. Acetylcholine is normally broken down. That doesn’t happen with nicotine. The dopamine neuron is therefore stimulated for a longer period of time by nicotine than with acetylcholine. Incidentally, it is still unclear whether the pleasant feeling is caused by the effect of acetylcholine or because the withdrawal symptoms disappear for a while after smoking.

Nicotine causes adrenaline to be released into the blood. This causes higher blood pressure and an increased heart rate. The metabolism is also increased so that extra glucose is released. The brain then ‘sees’ a lot of glucose in the blood and thinks that something has just been eaten. Increased glucose trickles out the brain and feels that food is taken. This prevents hunger.

Young brains are more responsive to nicotine’s addictive potential than adults’ brains, according to a review of the research.[3] Rewarding incentives are crucial in encouraging people to keep smoking and developing a nicotine addiction. Because the reward region of the brain plays a larger role in young individuals than it does in adults, they respond to rewards more intensely. When smoking one’s first cigarette at a young age, one’s initial experience with nicotine is more likely to be enjoyable. Smoking in youth, as opposed to maturity, increases the chance of acquiring nicotine dependency.

Tobacco has been identified as a risk factor for the formation of cerebrovascular disorder in several studies[1], with the worldwide risk of stroke being assessed to be 50 percent greater among smokers. The risk is higher among smokers under the age of 55, and it is proportional to the number of cigarettes smoked. Furthermore, after quitting smoking, the risk of cerebrovascular illness drops dramatically in the first two years, eventually equating to that of a nonsmoker after around ten years.

Can You Buy Sunglasses With Insurance?

Smoking or vaping has a powerful effect on the brain. Nicotine in vaping reaches your brain in around seven seconds after you smoke a cigarette. It has a stimulating and relaxing effect. This is recognized because many individuals feel like they’re smoking when they need to concentrate or are stressed. Nicotine interferes with neurotransmitter function. These are chemicals that can transmit information from one part of your brain to another. As a result, nicotine makes brain transmission more challenging.

Smoke and other chemicals included in cigarettes or vaping devices go via the circulation to the brain. They elicit particular responses in the brain when they are present. Shrinking the orbitofrontal cortex, which controls emotions, the reward system, and decision-making, is done. Tobacco smoking, according to several studies[2], can have significant repercussions on our cognitive processes, including learning new vocabulary, loss of memory, and attention. This is due to little impairment to brain circuits. The longer you smoke, the more harm you do to your brain.

It is true that many of us are aware of the unhealthy effects of smoking and vaping and now we also come to know about the harmful effects of smoking or vaping on the brain. But wait, have you stopped smoking? Start now! Start with excessive exercise weeks before quitting smoking. Together with your coworkers or fellow smokers, take on the challenge! Collaboration in the pursuit of a smoke-free lifestyle enhances the likelihood of successful life. 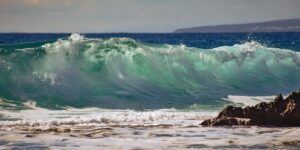 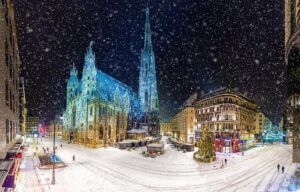 Yoga Mat What To Buy? 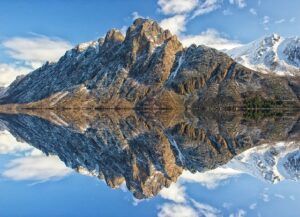 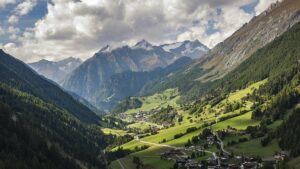 Should I Buy A White Handbag?